Fun fact: our own attorney Greg Demopoulous is an avid cyclist. Just last year, he rode over 4k miles! And with those miles, there have been a few close calls with non-observant motorists. As you can imagine, this gives us a personal interest in protecting cyclists and their rights! 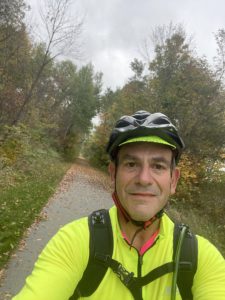 Here are just a few tips we’ve picked up over the years.

Rules of the Road

You are the most important component of your cycling safety. When it comes to riding, here are some important rules to keep in mind.

Of course, even with our best intentions, accidents can still happen. We are great advocates as your attorney in the event that you are injured by a motor vehicle.

However, with those rights come several legal duties for bicyclists. While according to MCL 257.657, all bicycle riders have the same rights as vehicle drivers, there are some provisions and laws that need to be kept in mind.

Here’s what you should know:

Based on the particular facts and circumstances, certain provisions of the Michigan Vehicle Code, 1949 PA 300, which set forth the “rules of the road” for vehicles in general, may by their nature be applicable to bicyclists. Such possible offenses include, but are not limited to, the following:

*Note: A bicyclist otherwise operating lawfully at less than the existing speed of traffic that “keeps right” as required by MCL 257.660a, is not impeding the normal flow of traffic.

Class 1 electric bicycles are equipped with an electric motor that provides assistance only when the rider is pedaling and that disengages or ceases to function when the electric bicycle reaches a speed of 20 mph.

Class 1 e-bikes may be ridden on a linear trail (a multi-use trail that runs from point to point) that has an asphalt, crushed limestone, or similar surface, or a rail trail. However, the law allows local agencies that have authority over the trail to also regulate, or prohibit, the operation of Class 1 e-bikes. [MCL 257.662a(8)]

Class 2 electric bicycle are equipped with a motor that propels the bicycle to a speed of no more than 20 mph, whether the rider is pedaling or not, and that disengages or ceases to function when the brakes are applied.

Class 3 electric bicycles are equipped with an electric motor that provides assistance only when the rider is pedaling and that disengages or ceases to function when the electric bicycle reaches a speed of 28 mph. (MCL 257.13e)

A Class 2 or Class 3 e-bike may be ridden on a linear trail that has an asphalt, crushed limestone, or similar surface, or a rail trail only if authorized by the local authority or agency having jurisdiction over the trail. In other words, there is a presumption that it is illegal to ride a Class 2 or Class 3 e-bike on a trail unless expressly allowed by the local authority or entity with jurisdiction over the trail. [MCL 257.662a(9)]

In addition to class-specific laws, there are some laws that all e-bike riders need to be aware of.

Another thing to keep in mind are highways. When riding an electric bicycle on a roadway, the rider has all the rights and is subject to all of the duties applicable to the driver of a vehicle. In addition, the law requires an individual riding an electric bicycle to follow all the laws that apply to human powered bicycles. The law specifies that e-bikes may be used on bike lanes and the shoulder of a roadway. [MCL 257.662a(6)] Simply put, when an e-bike is ridden on the road, it is treated like a bicycle.

There are also some age-specific concerns. Children under the age of 14 may not operate a Class 3 e-bike. However, they may ride as a passenger if the e-bike is designed to accommodate passengers.

Finally, it’s important to keep in mind that Michigan law specifically excludes e-bikes from the definition of “motor vehicles.” (MCL 257.33) This means purchasing auto insurance for an electric bicycle is not required. However, it is recommended that e-bike owners consult with their insurance agent to see if it is covered under their homeowners or renters insurance policy. If not, a rider on the homeowners or renters insurance policy may be required to insure an e-bike. 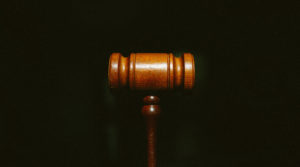